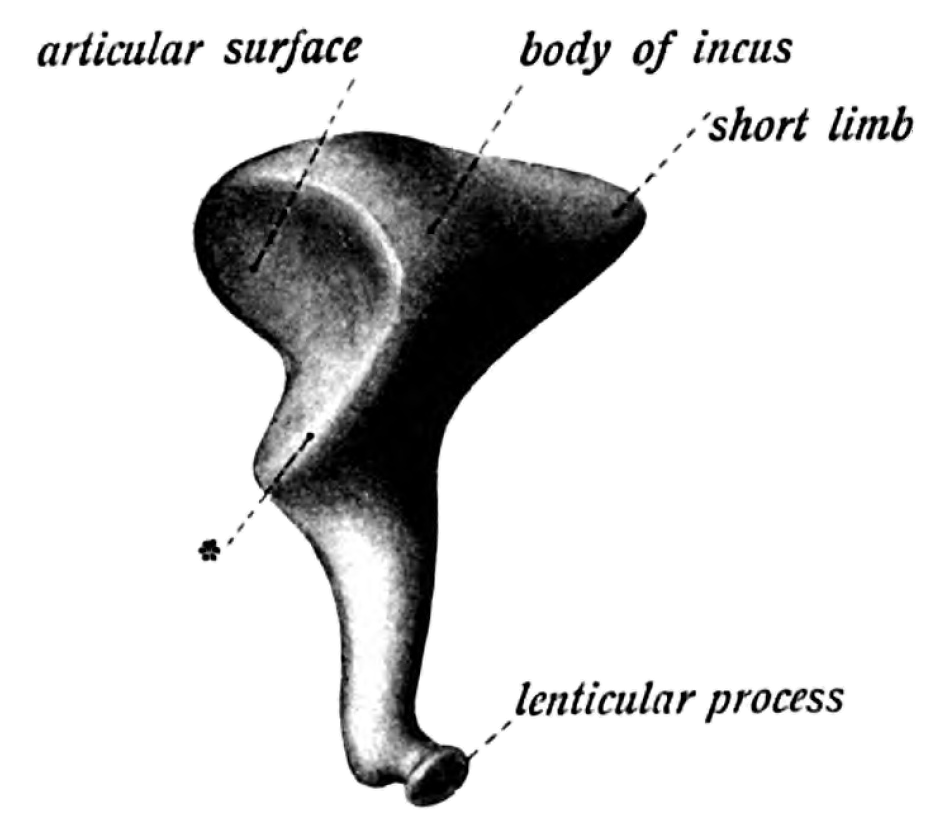 The long crus is the most frequently eroded part of any of the ossicles.

Incus is derived from the Latin word incus meaning anvil.