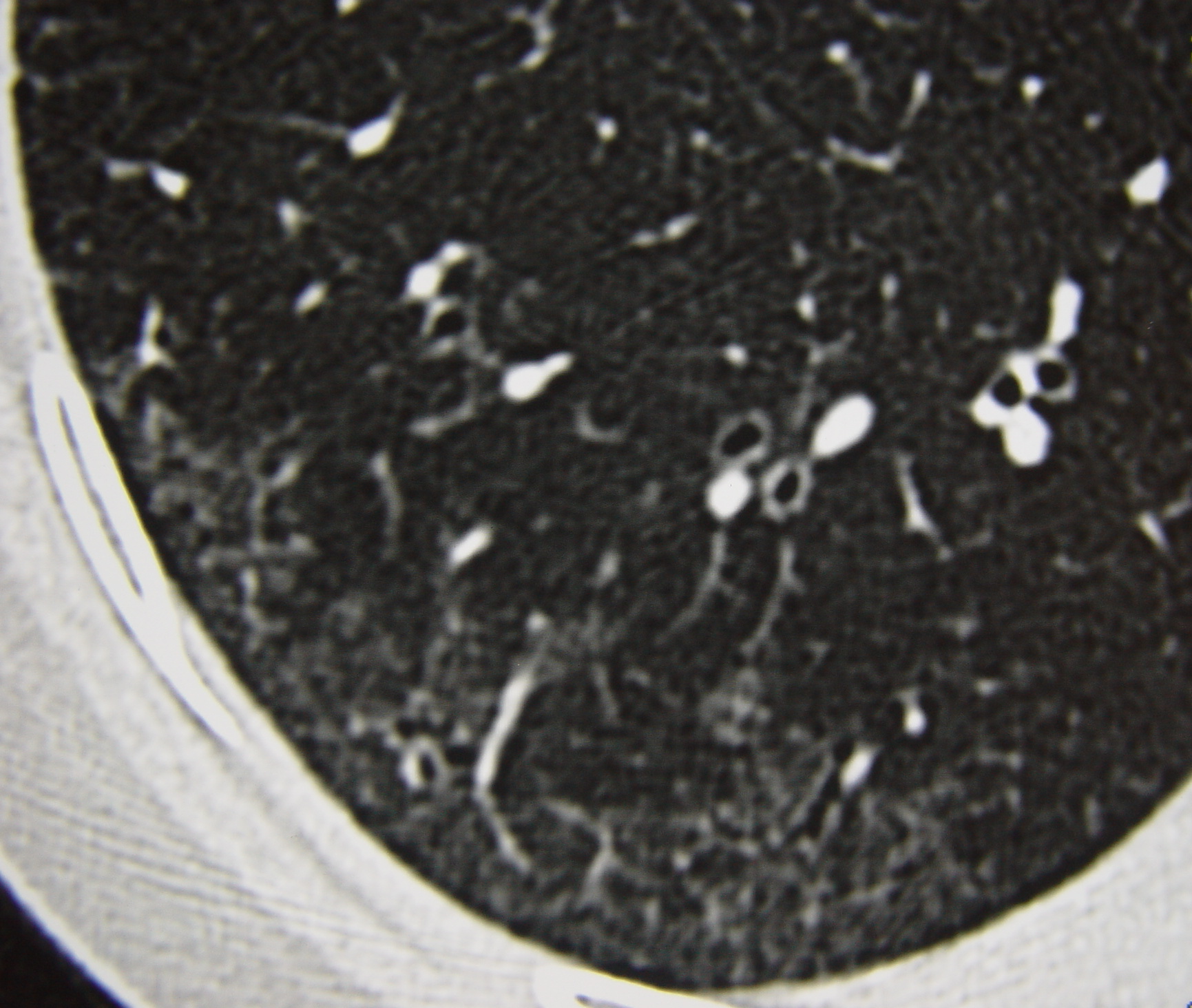 Pulmonary manifestations of scleroderma are demonstrated histologically in 90% of patients with scleroderma. It is a leading cause of mortality and at autopsy. The lung is reportedly involved in close to 100% of cases. However, only 25% of patients will present with respiratory symptoms or demonstrate abnormalities on CT .

For a discussion of scleroderma in general, refer to parent article: scleroderma.

In patients who are symptomatic due to pulmonary involvement, respiratory function tests typically demonstrate a restriction pattern, consisting of :

The pathogenesis of pulmonary involvement relates to separate mechanisms:

The two pathologies may co-exist. The remainder of the article discusses the former. Please refer to aspiration pneumonitis for discussion of that entity.

A dilated esophagus is not an uncommon finding.

Pulmonary involvement is incurable but some compounds may improve or halt progression. These include cyclophosphamide, glucocorticoids or N-acetylcysteine, although the data is inconclusive .

The cause of death is often from aspiration pneumonia.

On HRCT, the differential is essentially that of usual interstitial pneumonia and lower zone pulmonary fibrosis.

A helpful clue to the diagnosis on CT is the presence of a dilated esophagus.
Pleural effusions are distinctly uncommon in scleroderma and would favor the diagnosis of either rheumatoid lung or SLE .