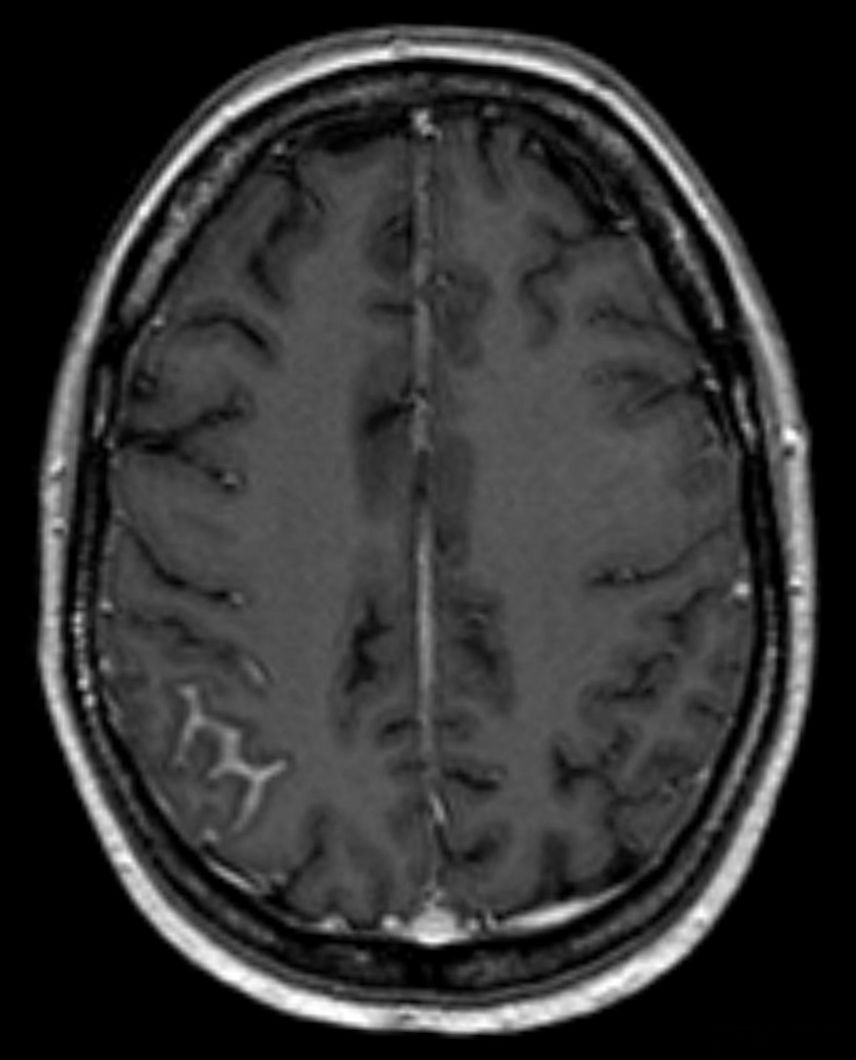 Leptomeningeal metastases, also known as carcinomatous meningitis, refers to the spread of malignant cells through the CSF space. These cells can originate from primary CNS tumors (e.g. drop metastases), as well as from distant tumors that have metastasized via haematogenous spread.

Clinical presentation is varied, but most commonly includes a headache, spine or radicular limb pain or sensory abnormalities, nausea and vomiting, and focal neurological deficits . Meningism is only present in a minority of patients (13% ).

The primary intracerebral malignancies that may cause metastases to the subarachnoid space are:

The vast majority of leptomeningeal metastases occur in the context of a widespread metastatic disease, likely by haematogenous spread. Over 50% of cases have concurrent brain (parenchymal) metastases .  The most common primary sites are:

Leptomeningeal metastases have a poor prognosis with patients usually succumbing within a few months (median overall survival 2.4 months ).  With treatment, that time may be extended up to 6-10 months . Treatment can consist of :

Resection is usually inappropriate due to the presence of widespread metastases.