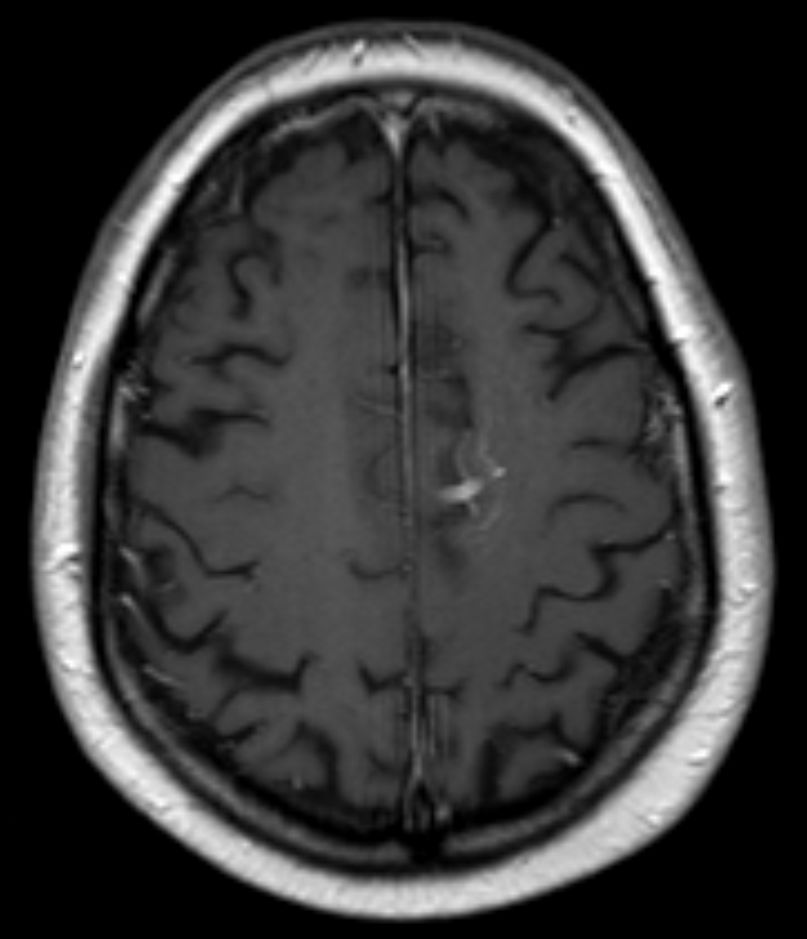 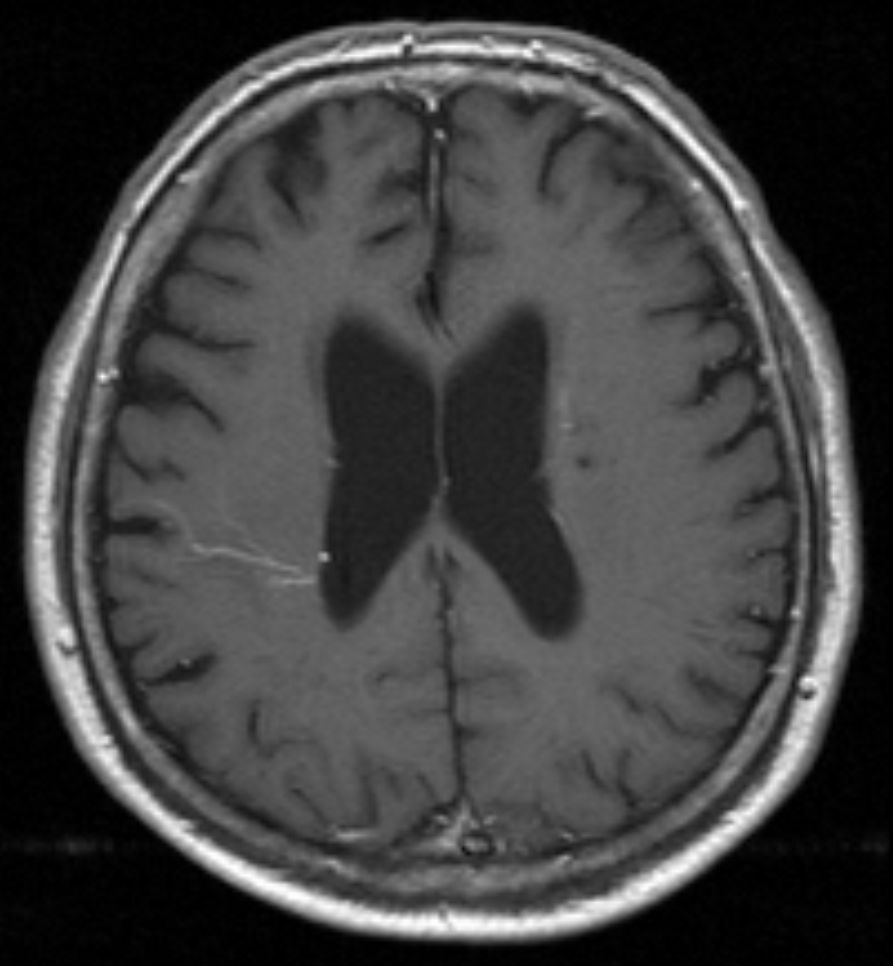 Developmental venous anomaly (DVA), also known as cerebral venous angioma, is a congenital malformation of veins which drain normal brain. They were thought to be rare before cross-sectional imaging but are now recognized as being the most common cerebral vascular malformation, accounting for ~55% of all such lesions.

A DVA is characterized by the caput medusae sign of veins draining into a single larger collecting vein, which in turn drains into either a dural sinus or into a deep ependymal vein. The appearance has also been likened to a palm tree.

DVAs are very common as incidental finding, with an estimated prevalence of 2.5-9% on contrast-enhanced MRI scans .

Developmental venous anomalies are usually incidental findings. However, patients can present with intracranial hemorrhage (1-5%). An association has also been described with ischemic stroke and epilepsy .

The etiology of developmental venous anomalies remains uncertain but may relate to arrested development of venous structures . Histologically they consist of a number of abnormally thickened veins with normal feeding arteries and capillaries.

The most common locations are:

However, DVAs can be seen anywhere, draining either superficially or deep.

Developmental venous anomalies are seen on both CT and MRI as a leash of vessels draining towards a central vein.

If large, the draining vein may be seen on non-contrast CT and is confirmed with contrast administration as a linear or curvilinear enhancing structure.

Dystrophic calcifications may be seen associated in up to 9.6% of the cases . This can be particularly prominent in the basal ganglia and thalami resulting in unilateral calcification.

Angiographically the caput medusae appearance (collection of dilated medullary veins converge in an enlarged transcortical or subependymal collector vein) is pathognomonic and seen only in the venous phase. Arterial phase appears normal although late capillary blush may be present. No shunting is present.

Additionally, in ~10% of cases, high T2 signal will be seen in the surrounding white matter; this may be due to gliosis, edema or leukoaraiosis .

SWI is the preferred sequence in venous anomalies and proved to have better detectability of venous structures than conventional T2*-weighted imaging. Signals on SWI are not compromised by low-velocity venous flow. Therefore, SWI has successfully demonstrated low-flow vascular formations such as DVA. The signal intensity of veins will be low on SWI images but will vary on phase imaging depending on the vendor. It will, however, be the same as other veins and the opposite of calcification.

If isolated developmental venous anomalies require no treatment. If part of a mixed vascular malformation then treatment will be predicated on the other component. Informing the surgeon of the presence of a DVA is, however, essential as cautery of the collecting vein can lead to venous infarction of the brain parenchyma it drains.

When isolated, developmental venous anomalies have a very low complication rate (0.15% per annum) mainly from spontaneous thrombosis of the collecting vein leading to venous infarction and hemorrhage.

A more recent study has demonstrated that in exceedingly rare cases, the DVA can become symptomatic by various vascular complications. The authors suggested identification of the underlying pathomechanism by MR and DSA for proper management. The importance of the preserved integrity of the DVA itself still holds true .

Generally, the appearances will be typical and no differential should be offered. In some instances, imaging appearances may be atypical or be confounded by concurrent pathology (e.g. hemorrhage). In such cases it is worth considering: